Chinese Ambassador to Sri Lanka, Qi Zhenhong, visited the Tamil majority Northern Province just before Christmas. The Chinese embassy described the three-day tour of the area from Dec 15 as a familiarization visit. “It was a study tour to the North that had been planned for long but could not be realised due to Covid-19 and other reasons”. 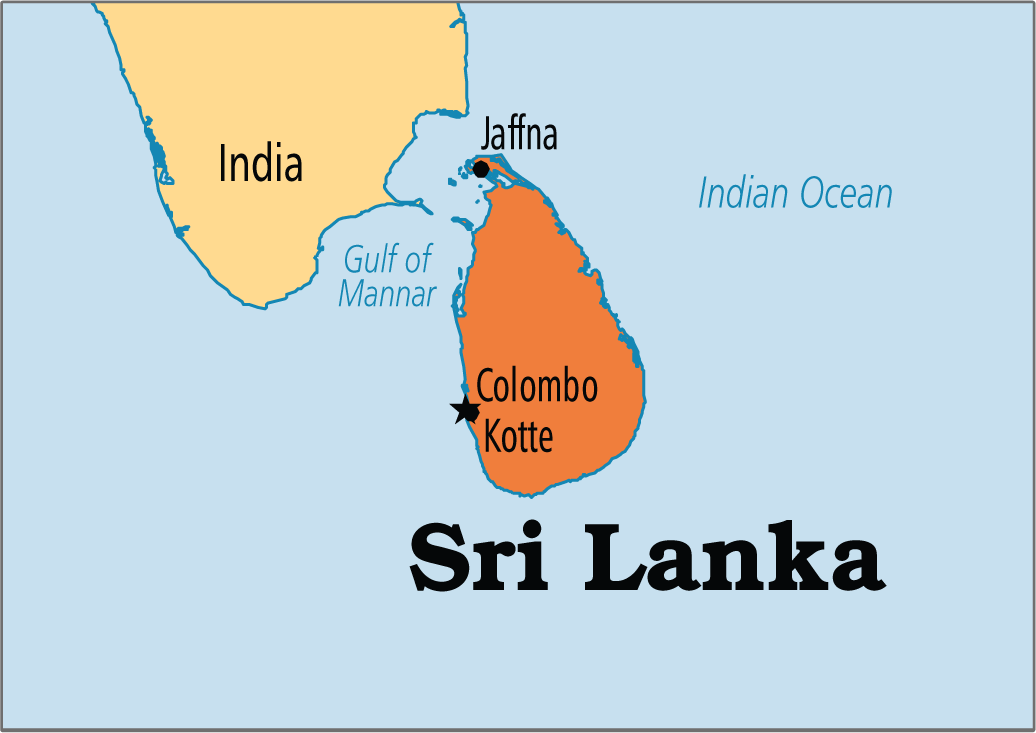 Diplomatic observers, however, see the trip as part of China’s strategy to expand its footprint in Sri Lanka, particularly in an area which it had hitherto neglected. There is also a growing view that the visit was a thinly veiled challenge to Indian influence in Northern Sri Lanka given its geographical proximity to India and cultural and linguistic affinity with Tamil Nadu. India has always been concerned about other countries gaining influence over Colombo. 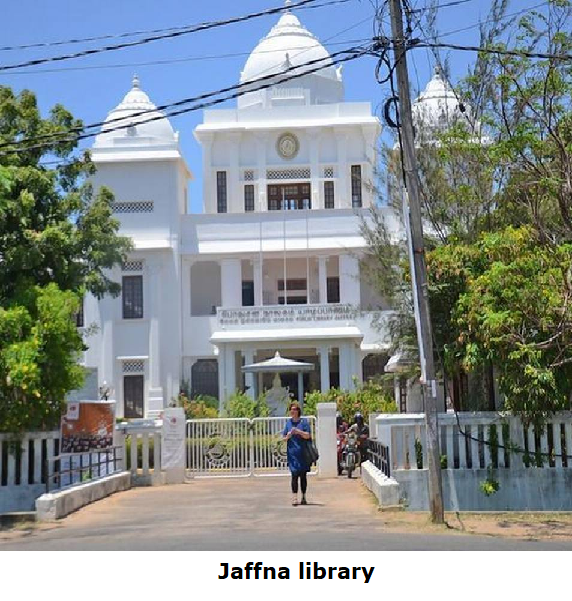 Qi Zhenhong, who assumed charge in Colombo a year ago met with the Northern Province Governor and discussed ways of strengthening cooperation between China and the region. He visited the landmark Jaffna Public Library and donated food packets to ‘extend solidarity’ to local communities in the fight against ongoing Covid pandemic.  The iconic library was destroyed in 1981 during insurgency and has been rebuilt with Indian assistance.

The Ambassador also visited the Guilan Sea Cucumber Hatchery and farm in east Ariyalai, Jaffna, as well as the New Silkroad Foodstuff Factory in Thoddaveli, Mannar, as part of his ‘study tour.’  He also went to the Nallur Kandaswamy Kovil, a temple near Jaffna and the Adam’s Bridge.

This was the first visit by the Chinese Ambassador to the Northern Province, a region dominated by the Tamil community, an ethnic group that has traditionally been close to India. Though China has been engaged in several infrastructure projects in Sri Lanka since 2010, the focus was restricted to the island nation’s southern region. 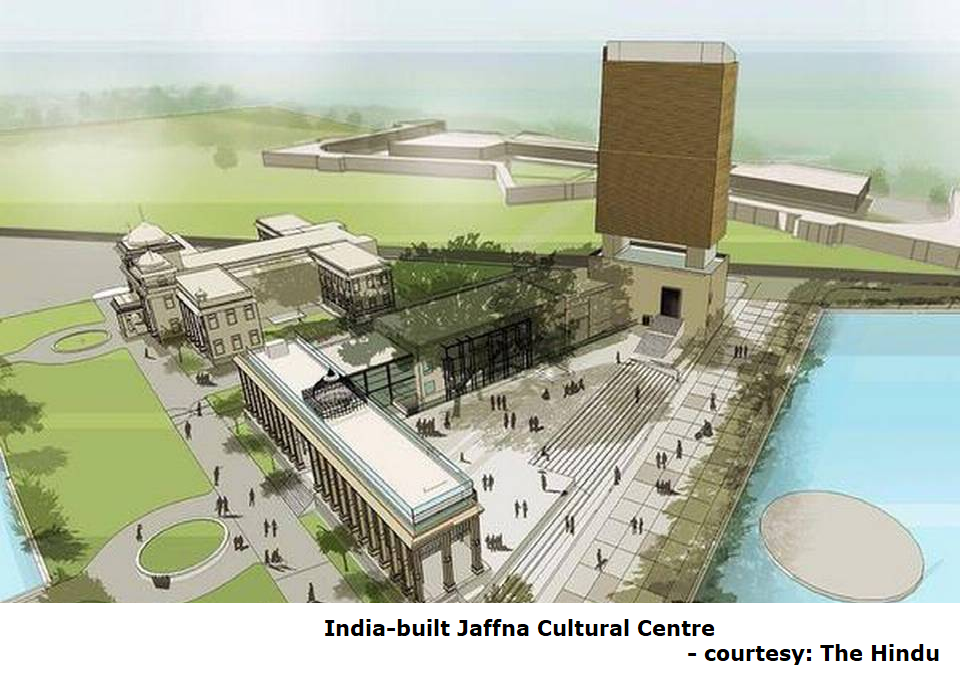 According to observers, this lack of interest in the North Sri Lanka was primarily due to lack of support from Colombo. Also because of India’s sensitivity. India regards the Sri Lankan north, and to a lesser extent, the Trincomalee district in the east, as its strategic backyard.

Local media reports have termed Ambassador Qi’s Northern sojourn as an effort to make amends for China’s neglect of the region. Chinese officials have not even used Tamil in official plaques at their ventures in Sri Lanka.

On their part, the Sri Lankan Tamils perceive any attempt by China to get a foothold in Tamil-majority areas as part of the Sri Lankan government’s political, economic, and foreign policy ambitions. They are reportedly opposed to Chinese investments in the North, as well as a joint venture between China and Sri Lanka to grow sea cucumbers in Jaffna for export to China.  Anti-Covid vaccine Sinopharm is on offer from Beijing but it has few takers in the Lankan Tamil belt. They doubt its efficacy, says a local report. 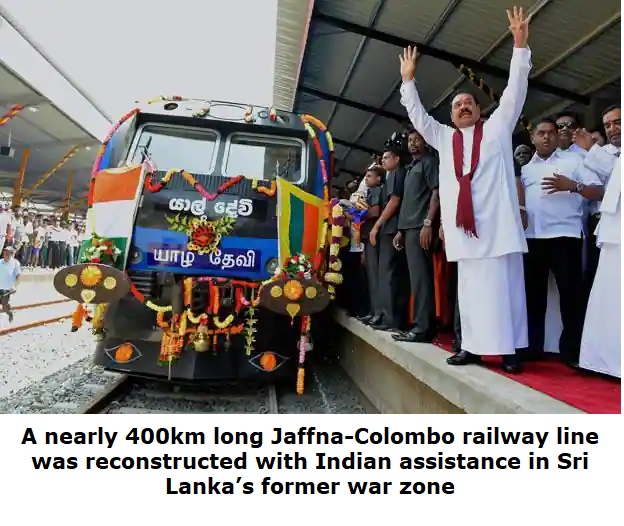 Against this backdrop, American and Indian involvement in development of the Northern province is reportedly preferred over Chinese intervention. Further, Tamils also support India because of the significant role it played in the rehabilitation of the war-ravaged Northern Province in 2009. The restoration of the Jaffna-Colombo railway link, the construction of 50,000 houses, and the upgrading of Kankesanthurai harbour are shining examples of the relief and rehabilitation programme India has undertaken.  India   continues to provide small business rehabilitation assistance in Jaffna.

Clearly, China is now strategizing a dual approach to win over both the majority Sinhalese and the minority Tamilians. Ambassador Qi’s visit   and offer of assistance could be a strategic move to expand the Chinese footprint, targeting the fisheries community as the initial step.  Beijing views Sri Lanka as a geo strategic hub for the Belt and Road Initiative in the Indian Ocean and may use its clout in Sri Lanka to corner India.   (POREG)